1 Nov 2015 -- Posted by : admin
That's it. I'm so tired that it's time to fire up Netflix and chill out for a bit; what a weekend! We had our Christ Central Preston Heroes evening last night. Lots of laughs, food and costumes! A particular highlight was the Superhero Pants relay: 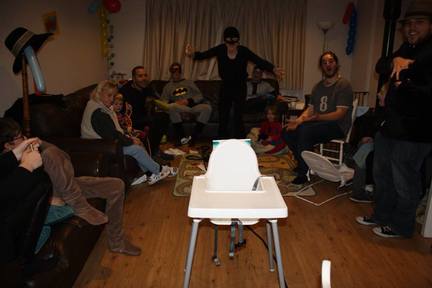 Spiderman Lasso Competition
Seeing old friends and making new ones was great, as was introducing some of our friends in Preston to those from elsewhere. We were joined by people from Lancaster, Kendal and even Bedford! This is the nature of church planting- Lots of different people from different backgrounds, different looks (in various superhero guises...) and with different 'embarrassment thresholds' all having a great time!


Why a Heroes party?

Well, I've already made a quick video explaining about our thinking behind this, but in short we did a Heroes party because Jesus is the ultimate hero. As people who are made in the image and likeness of God we see heroic acts generally and value them. That's because God is a Hero. and his name is Jesus!

How sad to it would be if like dead fish we floated downstream in the current of societies general apathy towards Jesus' work on the cross, dressing up as ghosts and witches who Jesus has actually already defeated! That's what Colossians 2: 13-15 teaches:

He forgave us all our sins, having canceled the charge of our legal indebtedness, which stood against us and condemned us; he has taken it away, nailing it to the cross. And having disarmed the powers and authorities, he made a public spectacle of them, triumphing over them by the cross.

Jesus won. What seemed like the greatest defeat is actually the greatest victory. Think about it, celebrate it!

​So, really pleased we arranged this in time for Halloween. We're building a new kind of culture. One where Jesus gets to have centre stage, either explicitly or implicitly. Where people get together whatever their beliefs, wherever they're upto in their walk with Jesus. It's great.