> News > Why we shouldn't offer up our daughters to be raped... continued

Why we shouldn't offer up our daughters to be raped... continued 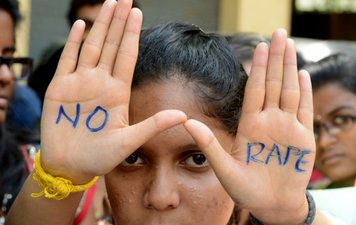 “But you Christians are selective with the Bible. You just reject stuff you don’t like and take the stuff you do” or words to that effect.

This was a curious direction for things to go, as I’ve never met the guy before. Unless he’s been hiding under a sofa at a Christ Central Preston meeting I don’t think he knows what I think personally. I’m not sure I like being lumped in with all Christians everywhere to be honest!  But that’s OK. I want to know which bits he’s thinking about.

“Like Lot. In that place, Sodom and Gomorrah. When all the men outside wanted to rape his visitors, but Lot offered his own daughters to them instead. To be raped. ”

Hmmmm, where’s he going with this?

“So you’d offer your daughters up to be raped then?”

No, I respond, clearly not. A little anger rises inside as I think of my own daughter back home. She’s been given to me to care for, provide for, protect. But this guy doesn’t know who he’s talking to. This isn’t personal. It’s something I need to help him think through.

“No, I wouldn’t offer them up to be raped, it’s a horrific situation. Lot was wrong.” I say.

“You see! You’re selective with your morality, you just take from the Bible what you like and reject the bits you don’t like.”

This is a strange accusation for this gent to be levelling. I’m sure that some Christians do play fast-and-loose with the Bible. So that charge, in itself, sticks. Christians need to wrestle with the Bible and accept what it says whether they like it or not. However, I do try to understand what the Bible is teaching and follow it, and I’d never dream of allowing harm to come to my family….. so…. what’s the issue with what he’s just said?

He’s just treated the Bible as a book full of stories about good people demonstrating how we should live. His understanding seems to be that if someone does something in the Bible, their actions are being held up as an example of how people should act. Now, taking this view, if that is what the Bible is, a book of good examples, and if I’m a Christian, I should do what Bible characters did. Therefore I should allow my daughters to be raped.

The only problem with this view is…. The Bible. The Bible’s not set up as a book of good examples. There’s lots of different types of text in there; songs, letters, eye witness accounts, records of events and lots more. And we need to figure out what kind of text we’re looking at before deciding what it means and what we should do. Lot’s actions in Sodom and Gomorrah are presented to us as an account of the events that took place.

You read the paper, look at an account of what happened, say, Jeremy Corbyn being elected as Labour leader, and then put the paper down. Your reading of an article about the Labour leadership elections doesn’t mean that you necessarily support Corbyn. Or for that matter that you are a labour supporter. It doesn’t even mean that you follow politics. It just means that you’ve read about something that happened. David Cameron could well have read exactly the same article as you. It doesn’t mean that he agrees with the events that are reported! And no one would ever say that because someone has read this article about Corbyn they must themselves must share his penchant for slightly questionable brown suits…

So when in the Bible I read an account of an abhorrent action by a father, failing his daughters by offering them over to rapists, I don’t see that account as an example of what I must do myself! Other verses in the Bible which are explicitly instructional in a moral sense tell me otherwise.  In addition, in context it is clear that the God whose existence we were discussing does not see it as a good example either! Rather he sees it as an action which will be judged fairly swiftly, evidenced by the sulphur and fire which pour down on the city, seen later in the text (Genesis  19).

So, we need to try to understand what the Bible actually says before we discount it. I suggest reading it as a good start. And for the record if I was in Lot’s position today I’d have the police on speaker phone (not an option for Lot) while simultaneously swinging heavy household objects in the direction of the attackers, defending my family. If there were loads of them, as Lot experienced, I’d have to act like the only good person in the Bible. The only one whose example is perfect and without flaw. I’d have to die like Jesus, bearing the sin of other people, protecting the ones I love, praying for my murderers that they would be forgiven. That’s what Jesus did, and I hope that’s what I’d do.


PS. If you're the guy who had this conversation with us, please do get in touch, I'd love to talk.

Join us this morning! Livestream at 10.30