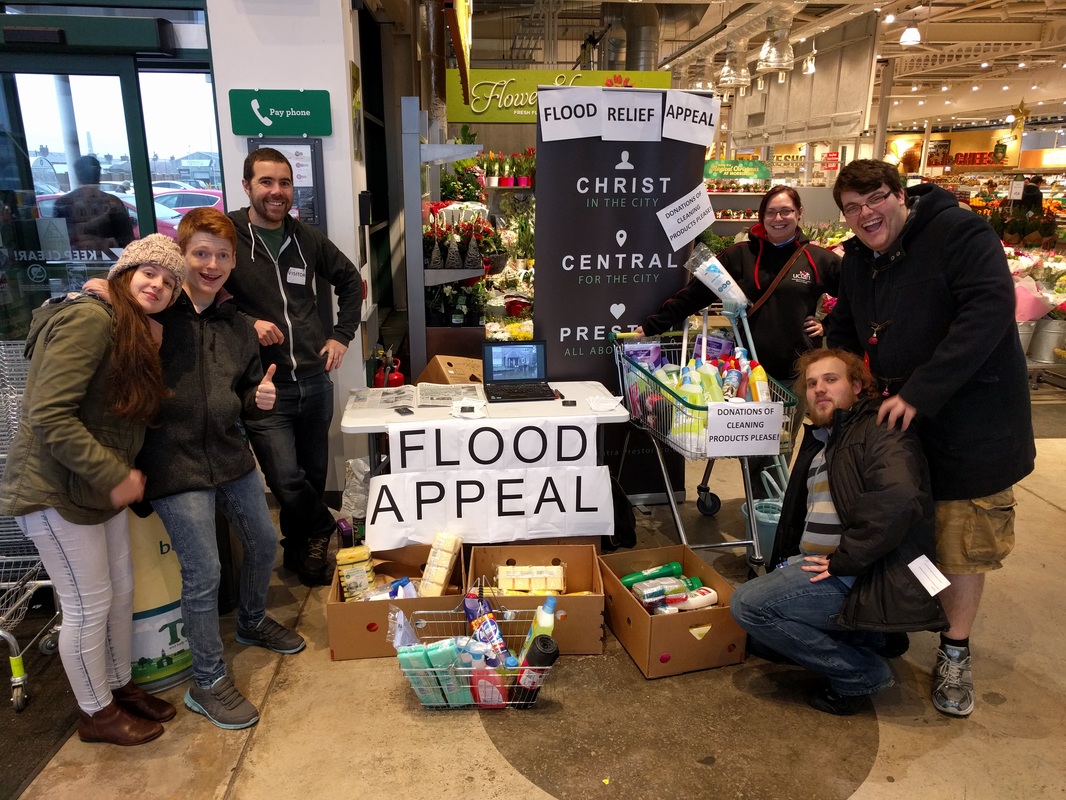 This weekend has been a bit of a whirlwind for us as a church! The recent flooding in Cumbria meant we had to quickly put together our Flood Relief Appeal for supplies to take up the road to help out. In Kendal alone 12000 households were effected by the flooding. Many had to move out of their houses. Some families were split up during the re-housing process, causing much upset in the run up to Christmas. For many elderly people the experience was particularly upsetting.

If we were to be indifferent in the face of such suffering it could falsely communicate to many that God himself is indifferent to suffering. The reality is that seeing human suffering caused God to humble himself, becoming human; Jesus Christ himself. In Jesus God has entered into the mess and pain of peoples lives and helped out, ultimately dying to rescue people. This is central to the Christian message. Our trying to serve people up the road in Cumbria is just a passport sized photo of the much bigger picture which is God's rescue mission to the world, Jesus.

Lots of people helped out manning our donations point in the entrance of Morrisons on Blackpool Road in Preston. Great effort everyone involved; Sarah Williams, Candice and Jayd Lawrence, Stewart Danger Riley, Luke Meyers, Emili Peake, Ben and Katy Horn, all of you surpassed yourselves in keeping cheery faces in the draught of the doorways! Emili is also the Editor of Pluto, the UCLAN student newspaper and has written this article about Saturday: http://pluto-online.com/students-collect-donations-for-cumbria/

​Big thanks as well must go to Morrisons for letting us pitch up there, Steph the Community champion was super helpful, cheers! 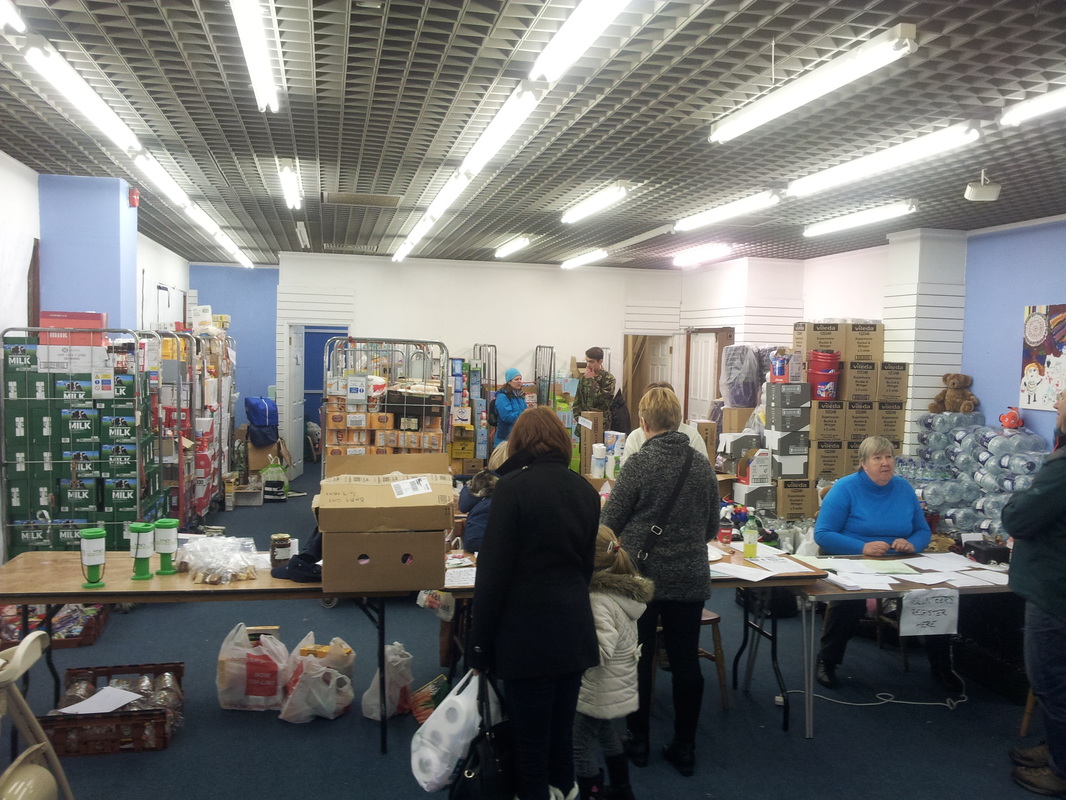 Kendal Foodbank were so busy that they moved out of their normal home and ended up in an old Currys store to get more space !
Kings Foodbank received the supplies on the same day after a small group drove them up a very wet and windy M6. The Foodbank are doing an amazing job trying to help out people who really have lost everything. Rachel Ellis who manages the foodbank sent a big thanks to everyone in Preston for all their hardwork.
​
We look forward as a church to being able to serve more and more people. Years ago God made a promise to someone (Abraham) saying that Abraham's descendants would be a blessing to the nations. I'm not even vaguely biologically related to Abraham, but through faith in Jesus we are his offspring! What a privilege to be able to work in a church plant team to see the nations transformed!